Welcome to my site! I have been doing cartoons off and on for over 40 years.

The Vietnam war was raging during my formative years and, although identifying as a hippy then, I didn’t drop out – more dropped sideways, initially into efforts to stop the war and then into a variety of community organizations and groups attempting to make progress in this world and into efforts to save the environment of this planet. I have had many different roles, made some contributions to progress and gained much experience. Some long periods in “normal” employment have occurred but not much that was earlier aspired to and studied for: architecture and urban planning. Training in both professions did however give me a strong grounding in creative problem solving. This I am grateful for. l am committed to following through on those things we got right in those days like the need to care for our environment and the people and creatures of this planet. And on the other hand I am attempting to make a contribution to the correcting of some of the excesses of those days such as abuse of drugs of addiction, too much focus on hedonistic pursuits, and too little respect for established forms, such as committed family structure.

Back in those days, I meandered around checking out marxism and non-violent anarchism, as many were in the sixties and seventies, and eventually concluded forget isms and focus on the issues. I have done cartoons for the newsletters of community groups, such as a Tenants Advice Service, and for the Tas Uni student paper. I continued in this voluntary capacity after moving to the Northern Rivers District, NSW in the eighties working for community and environment groups, mainly the Big Scrub Environment Centre, the Life Resources Exchange, and Byron Environment Centre. Many were done for the Nimbin News and some for the Big Scrub Environment Center’s articles in the Northern Star. More recently also a few have been published at www.tasmaniantimes.com.

Other activities now include:

– raising awareness of covert neo-nazism, and discussions with victims of covert targeting.

– helping with the housing crisis.

***A well aimed cartoon can help resolve an issue, get more focus where it is needed, worry those who aren’t worried enough, and oh yeah! – lighten with a laugh.*** 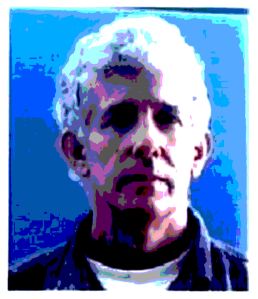